The McKinley Channel project is part of the Corps of Engineers/City partnership to provide flood control for the city. Over 50% of the city is in a Special Flood Hazard Area (SFHA) according to FEMA’s Flood Insurance Rate Maps. The SFHA is the area that has a 1% annual chance of being flooded (also referred to as the 100-year flood). After completion of the South Channel portion of this long project, over 300 structures were removed from the SFHA. When the McKinley Channel is complete, there will be more structures within the project area that will be able to be taken out of the SFHA. The channel will provide savings by providing reduced damage from flooding. 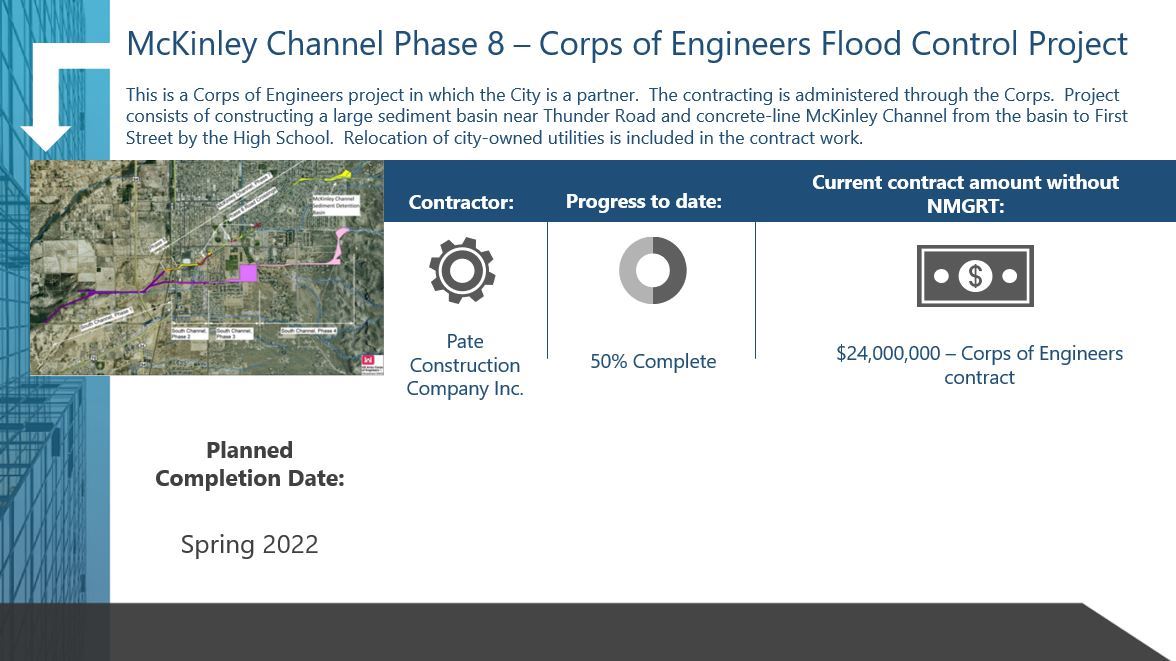